William Morgan (architect/Non-Fiction) – [1930 – 2016] long time resident of Atlantic Beach, Florida. He was a award-winning featured architect in our area as his career and even managed to publish a number of non-fiction books. Most of which are still available in used books shops around the country. Although his books are no longer in print a couple of them have been released in eBook format. YOu can still find copies available online and in some of the local bookstores. 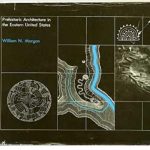 William Morgan, one of the nation’s renowned architects, analyzes prehistoric architecture beginning more than 6,000 years ago and continuing through two periods of stunning creativity before Columbus’s arrival in the New World. 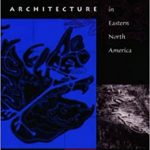 In a clearly and concisely written account, Morgan describes architectural characteristics of 96 precolumbian sites and offers razor-sharp graphics and supplementary information about each. In addition, 12 well-known sites–such as Stonehenge, the Acropolis, and Angkor Wat–are presented at the book’s graphic scale to assist readers in comprehending the size and character of the ancient North American monuments. Not only architects but archaeologists, anthropologists, geographers, artists, and anyone interested in the remote past will discover in this book prehistoric earthworks that are dramatically rich in both form and meaning. 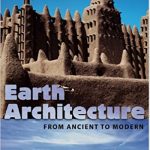 Earth Architecture: From Ancient to Modern – 2008

From ancient forts in New Zealand to the Vietnam Veterans Memorial in Washington, D.C., Earth Architecture ranges across the globe, covering more than 6,000 years of human history.

William Morgan, a practicing architect and published author, has created an invaluable compendium of environments shaped by the manipulation of one of the most fundamental building blocks available: earth. This splendidly illustrated volume contains intricate, detailed descriptions of more than fifty sites, written in non-technical language that will appeal to a broad range of readers.

Mounds, shaped hills, and terraces are only a few of the categories of structures Morgan systematically examines as he surveys everything from semi-subterranean dwellings to large-scale engineering projects. His exhaustive look encompasses a 4,200 B.C. settlement in the Negev and a contemporary performing arts pavilion in California. In addition to the unknown master builders and engineers from ancient times, works of modern architects including Le Corbusier, Frank Gehry, and Frank Lloyd Wright appear in these pages. 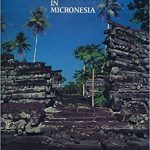 In the many centuries preceding Western contact, a richly diverse and innovative architectural tradition reached maturity in the western Pacific. Prehistoric Architecture in Micronesia, the first modern study of this remarkable work, reveals that there is no such thing as primitive architecture but only primitive means.

This study presents five distinctly different examples of Micronesia’s ancient architecture. The sites include the extraordinary stone cities of Leluh and Nan Madol on the islands of Kosrae and Pohnpei, respectively. Other structures include the meeting houses and residences built on hexagonal stone platforms in the Yap Islands, the earth terraces and ornately decorated meeting houses of Palau, and the megalithic columns and capstones of prehistoric houses in the Mariana Islands.

These structures are illustrated by photographs, maps, plans, and other drawings. Many of the basic data come from archaeological investigations of the specific sites. Summaries at the ends of chapters and in the concluding section compare the architectural characteristics of the island groups with each other and with monuments outside Micronesia. One of the most remarkable achievements of any ancient people, the prehistoric architecture of Micronesia is a source of continuing inspiration for persons who search for meaning in the built form of our present-day environment 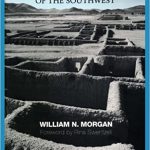 Ancient Architecture of the Southwest – 2014

During more than a thousand years before Europeans arrived in 1540, the native peoples of what is now the southwestern United States and northern Mexico developed an architecture of rich diversity and beauty. Vestiges of thousands of these dwellings and villages still remain, in locations ranging from Colorado in the north to Chihuahua in the south and from Nevada in the west to eastern New Mexico.

This study presents the most comprehensive architectural survey of the region currently available. Organized in five chronological sections that include 132 professionally rendered site drawings, the book examines architectural evolution from humble pit houses to sophisticated, multistory pueblos. The sections explore concurrent Mogollon, Hohokam, and Anasazi developments, as well as those in the Salado, Sinagua, Virgin River, Kayenta, and other areas, and compare their architecture to contemporary developments in parts of eastern North America and Mesoamerica. The book concludes with a discussion of changes in Native American architecture in response to European influences.

Probably the most famous or legendary structure he created was the ‘Sand Dune House’ – Atlantic Beach, Florida. Check out the article on the Tiny House Talk website:

In 1975, Architect William Morgan wanted to build rental properties next to his Atlantic Beach, Florida home. He only had one problem when trying to decide about building the properties. He didn’t want to lose his beautiful ocean view. His solution? Use the existing sand dune on his property as the foundation and build the homes underground within the dune. From that thought became the beautifully designed Dune House.

Other Websites about William Morgan

Max Eternity Created a website for William Morgan and the fascinating buildings that he created called Modern Morgan. It has not been updated since 2010 but still it has some very nice pictures and descriptions to view online. https://modernmorgan.wordpress.com/
Somewhere beyond fabulous lives the architecture of William Morgan–a modernist builder taught by the ultimate modernist master, Walter Gropius, founder of the Bauhaus. Having created over 200 sites in his 50 year career, presented herein is a select photo essay of his works. All images courtesy of William Morgan Architects

MORGAN William Newton Morgan, 85, of Atlantic Beach passed away after a long illness on January 18, 2016. Mr. Morgan was a distinguished architect, historian, author and scholar. He was born on December 14, 1930 in St. Vincent’s Hospital, in Jacksonville, Florida. He attended Fletcher High School and graduated in 1948 and entered Harvard College after successfully winning a competitive national NROTC scholarship. He served aboard the USS Missouri as a Mid-Shipman after which he returned to Harvard to study architecture and graduated in June 1952, magna cum laude. With the Navy he was commissioned as an Ensign on the USS Bausell, later ascending to the rank of Lieutenant-Commander. After 40 months at sea during the Korean War, he was transferred to the island of Guam where he met and married his wife, Bunny.

Returning to Cambridge he entered the Harvard Graduate School of Design to earn his Master’s Degree in Architecture. At Harvard, he was influenced by many contemporary scholars such as Walter Gropius, Eduard Sekler, Jose Sert and Paul Rudolph, which lead to the development of his own style. He later became a Lehman Fellow and received a Fulbright Grant, which allowed him to study abroad in Rome. Early in his professional career, William became interested in using earth as a building material. He began to study earth structures built by Native Americans centuries before Europeans arrived in the New World. Collaborating with Ludwig Glaeser and with help from the University of Texas, University of Florida and MIT,

William published many books on the subject, including Earth Architecture, Prehistoric Architecture in the Eastern United States, Ancient Architecture of the Southwest, and Pre-Columbian Architecture in Eastern North America. His long architectural career included many innovative designs such as his residences in Atlantic Beach, the Dunehouse, the Jacksonville Children’s Museum (MOSH), and Baptist Pavilion. He also designed the Florida State Museum in Gainesville, Federal Courthouse in Fort Lauderdale, and the U.S. Embassy in Khartoum, Sudan, receiving numerous design awards and national recognition.

William was elected to the College of Fellows in 1974, became the chairman of the AIA Committee on Design and was a visiting architectural critic and lecturer at Tulane University, University of Florida, the Harvard GSD, NC State, Florida A&M, and Auburn. He was a Distinguished Professor of Architectural Preservation, for the University of Florida architecture students. The AIA Florida Caribbean Region awarded William Morgan Architects the 2000 Millennium Award of Honor for Design as One of Florida’s Top Three Design Firms of the Twentieth Century.

In 1998 the American Institute of Architects bestowed an Institute Honor on William in recognition of his lifelong research in to the beginnings of architectural creativity. In 2013 he received the Lifetime Achievement Award from University of Florida School of Architecture. The Florida AIA’s 100th year celebration of a hundred buildings included three of William’s buildings. His most distinguished professional recognition was the Doctor of Arts conferred by the University of Florida in 2013, in recognition of the scope and impact of his architectural work as well as his contributions as a scholar of architecture and archaeology. 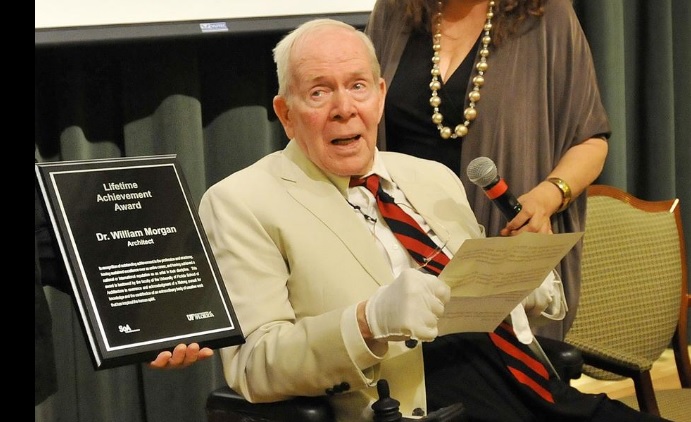 More Articles Found Around the Web

Wiki on William Morgan the Architect

If you would like to share your memories of William Morgan or any of his published works then leave a comment below. For those wishing to share pictures and longer stories please use our CONTACT US form and send them to us. We truly appreciate more information about all of the authors we wish to remember on this website.